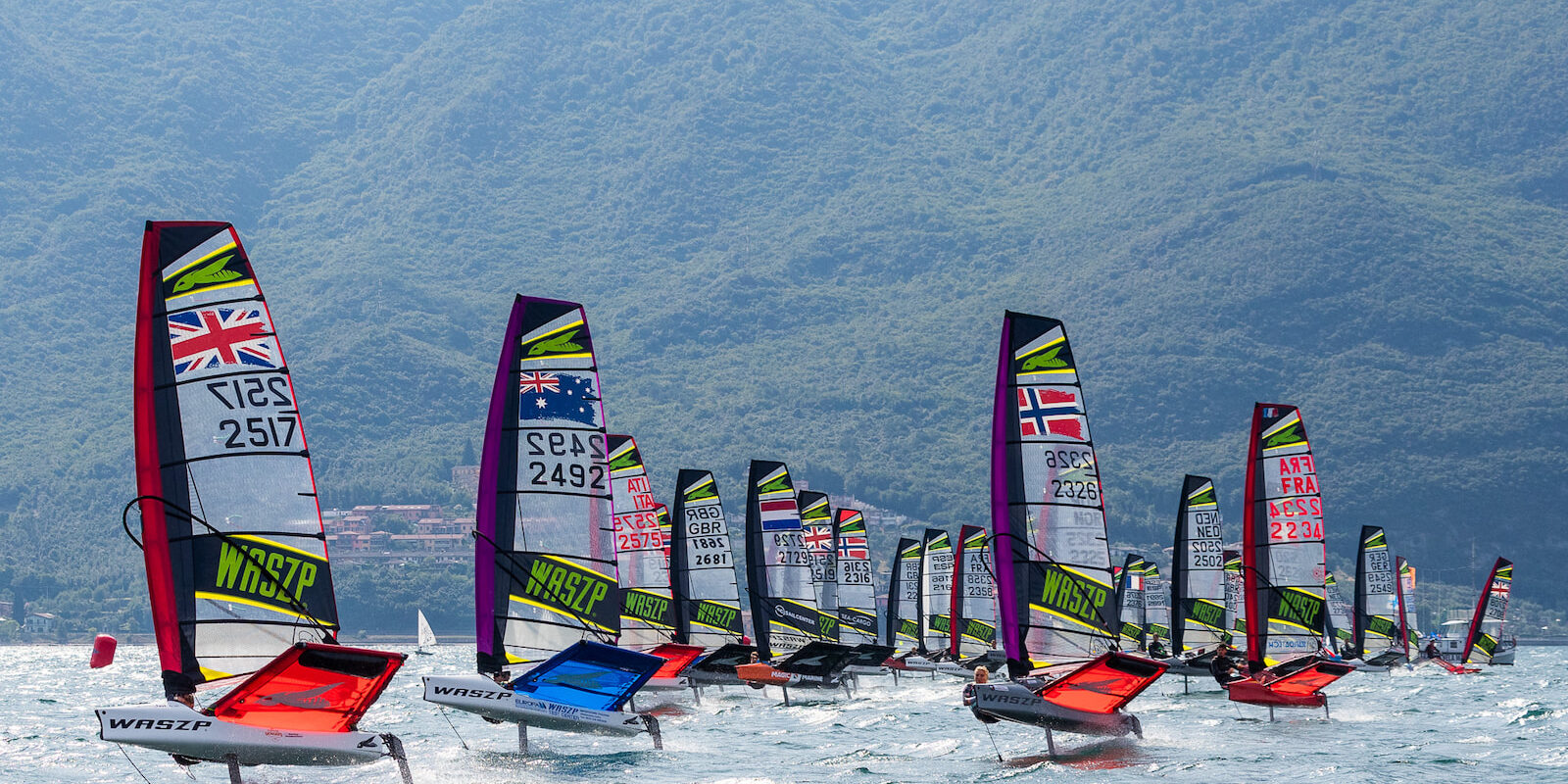 The 2022 Season is on the starting line and we are excited to introduce you the Regatta Calendar 2022 at Fraglia Vela Malcesine:

ILCA Youth Easter Meeting • 13-16 April
The historical Eastern event organised by Fraglia for the young guys of the IILCA 4 and ILCA 6 classes, that every year attracts sailors from all Europe

Kinder Cup Optimist • 29 April-1 May
The 2nd act of the Optimist Italia Kinder Joy of Moving Trophy arrives in Malcesine for the second time bringing the most promising young helmsmen from all over Italy on the starting line.

Finn Gold Cup • 15-21 May
The Finn World Championship arrives for the first time at Fraglia Vela Malcesine, with more than 100 sailors coming from all over the world.

Foiling Week • 30 June-3 July
For the 9th consecutive year, the week dedicated to foiling boats comes back to Malcesine, with races, courses and conferences for all the flying boats fans. This year Foiling Week is a World Sailing Special Event!

International WASZP Games • 12-16 July
After the success of the 2019 Europeans, the Waszp class comes back to Malcesine with over 150 sailors coming from all over the world.

Trofeo Simone Lombardi • 9-11 August
The historical summer event, with almost 400 sailors between 9 and 15 years-old, coming from all Europe.

TF35 Malcesine Cup • 8-11 September
The event will bring to Malcesine the innovative TF35 flying boats, with many of the strongest sailors in the world on board. There are 8 boats, including Alinghi, a team already winner of the America’s Cup.

Watch the Video of Season 2022 presentation at Fraglia Vela Malcesine made by ©zerogradinord:

92% of sailors coming from Europe, 4% from United Kingdom and 2% from Australia on the total attendance.

Download the brochure of 2022 Season presentation at Fraglia Vela Malcesine 2022: