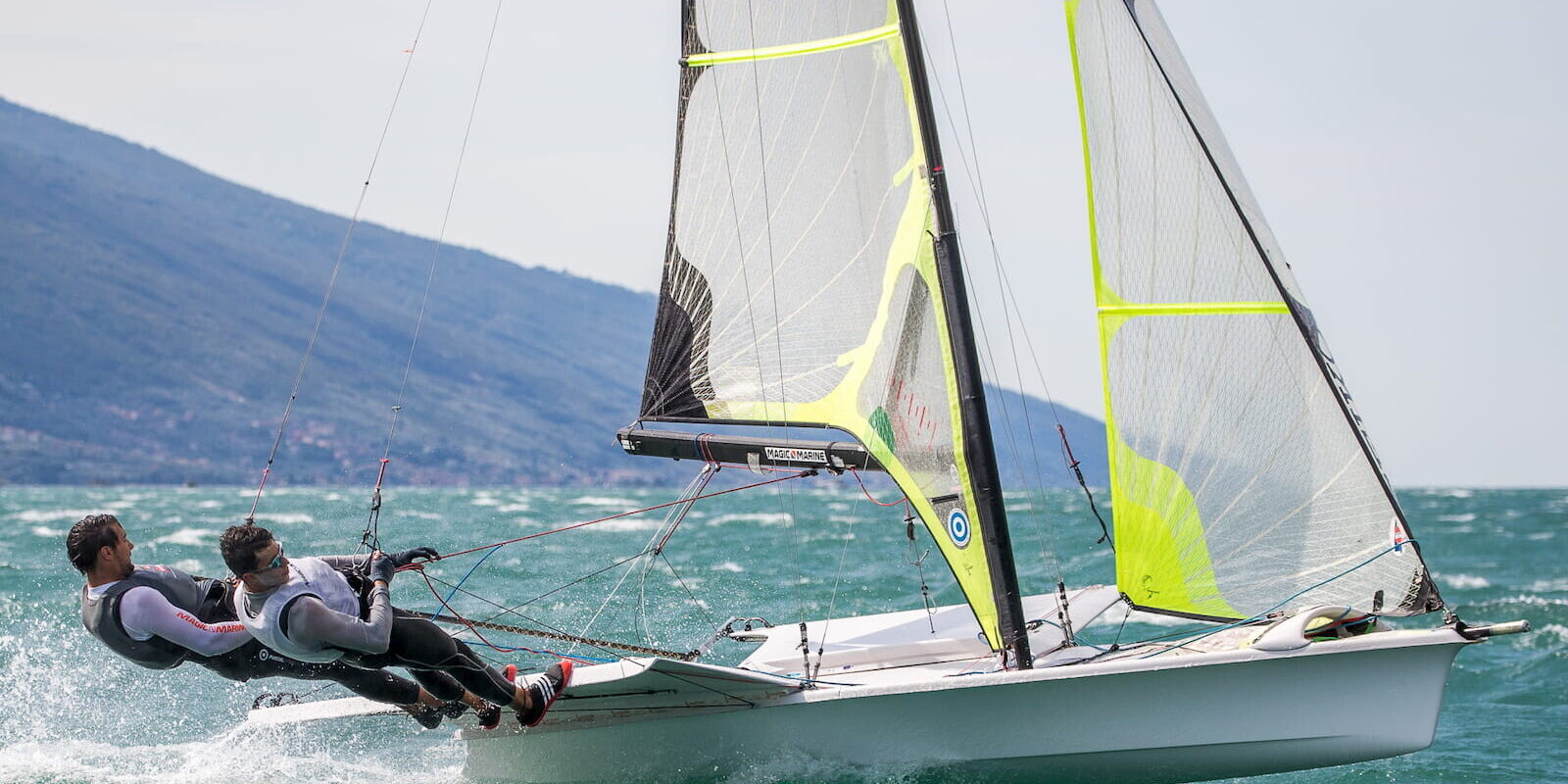 A few years ago, when the numbers of the Fraglia youth classes began to be high and the level good, it became clear how necessary and appropriate it was to help those kids who had the desire, the motivation and the skills to undertake the path of the Olympic Classes.

The Olympic Classes are the goal of every athlete, they are sailing par excellence; that’s where the challenge reaches its peak. Fraglia encourages and supports athletes who want to pursue the Olympic dream.

We are proud to currently have athletes defending FVM colors in the Laser Standard, 49er and 49erFX classes. We are equally proud that some of our top athletes have become professionals and have been enrolled in the Military Sports Groups. This is the case of Bissaro Vittorio (Fiamme Azzurre – G.S.Polizia Penitenziaria), Olympic in Rio 2016 in the Nacra 17 class, and Planchestainer Gianmarco (Fiamme Gialle – G.S.Guardia di Finanza), a young promise in the standard laser.

Laser standard is the olympic single boat. Monotype par excellence, it is a class where the technical level is always very high.

The Laser Standard is the big brother of the youth classes Laser 4.7 and Laser Radial, and for this reason the Fraglia is well represented in this class.

In 2018, Fraglia contributed to the birth of a 49er – 49erFX team, giving its support, at a logistical and organizational level. The original participants were the guys of Fraglia from the 420 class, who wanted to try this new brave experience.

The 49er – 49erFX class is an Olympic double skiff. It is a high performance gliding keel with terraces, double trapeze, gennaker. The 49er has been the men’s Olympic class since Sidney 2000. The 49erFX, the version for female crews, made its debut at the 2016 Rio Olympics.

Defending the colors of Italy in Rio 2016 for the Nacra 17 class was Bissaro Vittorio, together with Sicouri Silvia.

Vittorio arrived at Fraglia in 2004, and together with his bowman Lamberto Cesari, he achieved an astonishing series of results with the Hobie Cat. In 2012 Vittorio decided to pursue the Olympic dream, and together with Silvia Sicouri they began the adventure on the new catamaran Olympic: Nacra 17. The two flying boys hit the target at the first shot and represented Italy in Rio 2016.

Sail and windsurf for kids and teenagers at Garda Lake

Group trainings for Optimist, Laser and Windsurf Techno 293 in Malcesine

75 days of regattas and event for young athletes and professionals

The 2021 season of regattas starts at Fraglia Vela Malcesine

Laser Zonale, Sunday 11th of April, kicks off the competitions

Transfers of March are good for FVM teams

The Laser Youth Easter Meeting cancelled even for 2021

We communicate with great disappointment that the Laser Youth Easter Meeting 2021 is cancelled. It is a difficult decision, which we have not taken lightly, but following a careful and thorough reflection of all the scenarios.…