At the post Olympic Championship also Bissaro-Frascari in the Nacra17 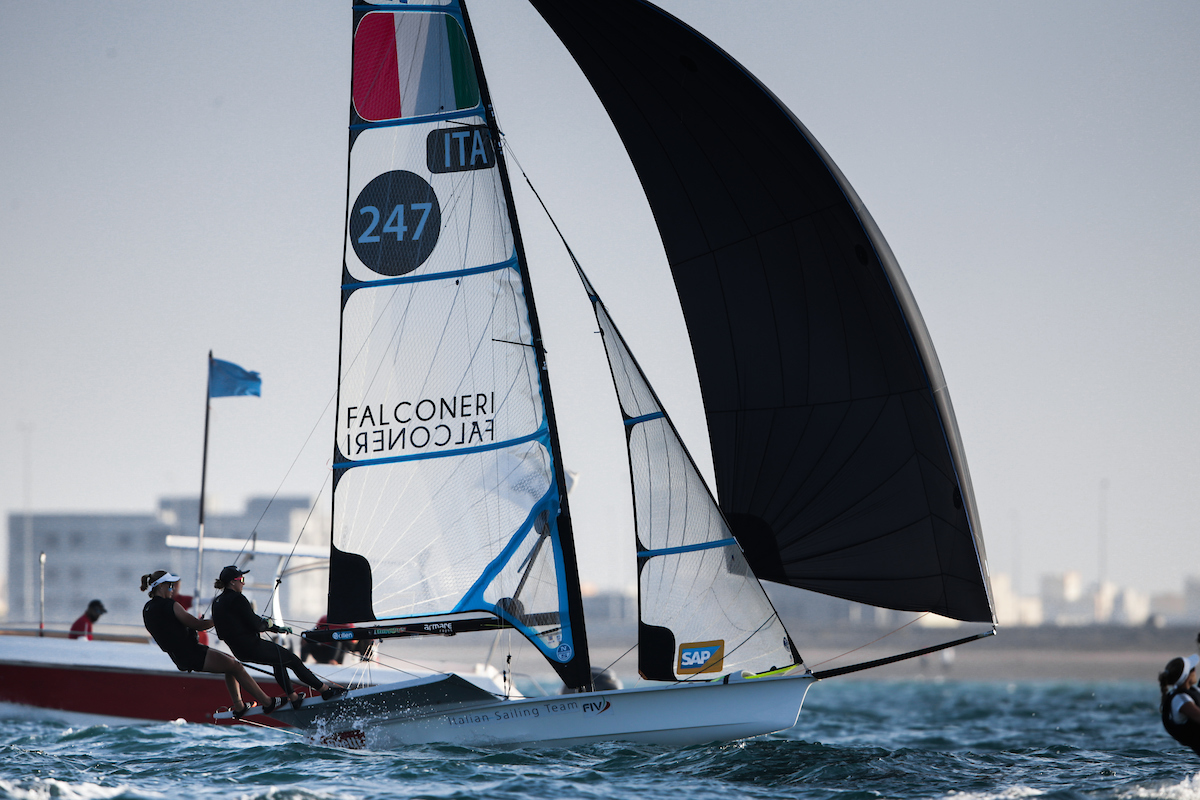 At the Barceló Mussanah Resort from 13 to 21 November the World Championships 2021 were held for the Olympic classes 49er, 49erFX and Nacra17.

In the 49erfx, Giorgia Bertuzzi and Jana Germani, with 16 disputed races, are confirmed among the most feared crews with a significant 10th place!

Unusual conditions for Fraglia Vela Malcesine/TPK Sirena Club Nautico Triestino athletes, in particular in the third day when the highest wind intensity and a very long and irregular wave did not allow them to express themselves to the best.

The constancy of the athletes, followed at the World Championship by the federal technician Gianfranco Sibello, leads them to achieve the goal of the Medal Race and the conquest of the first position among Azzurre.

Gianluigi Ugolini and Maria Giubilei conquer an extraordinary result by reaching the second position and title of World 2021 Vice-Champion in the Nacra 17!