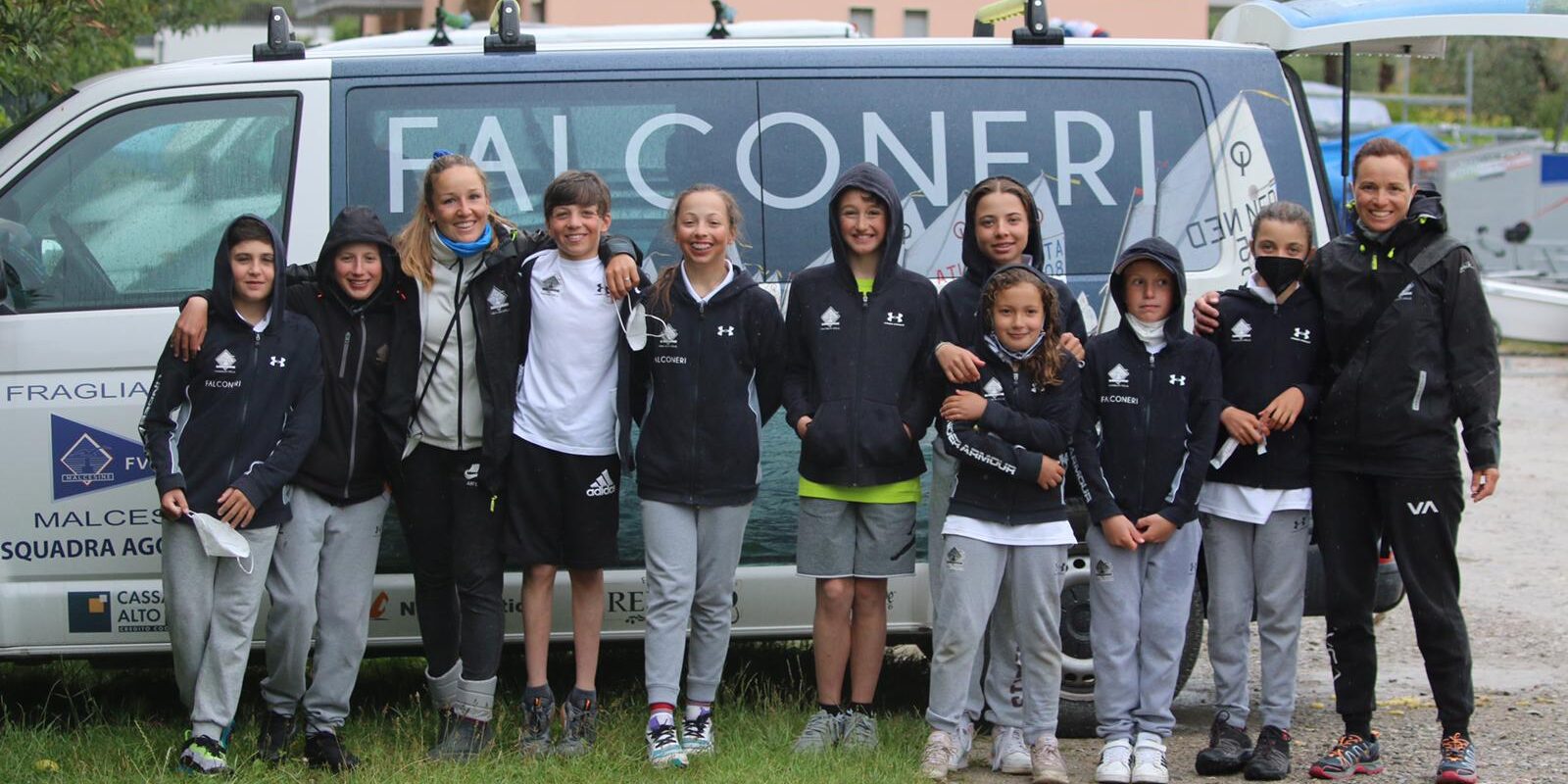 The Meeting of Riva del Garda can always give great emotion and the 39th edition finished yesterday fully confirm this fact! Congratulations to all our athletes!
Nicolò Chemasi and Isabella Piacentini sail at their first Meeting!
Sofia Bommartini shows constancy and with a third and sixth place in the qualifying stage wins the Gold final at 28th place, among the prizes with the long awaited plate!
Congratulation to Cecilia De Noe in 40th place, race in the Gold final! In Silver final Mattia Benamati finishes at 20th place, Tommaso Revenoldi at 108th place, Bianca Marchesini at 122nd place!
The athletes in the Bronze final are: in 13th place Pietro Gainelli, in 80th place Marco Castelletti, celebrating his birthday at the Meeting!

Cadets on start line are 82! Congratulation to Isabella Piacentini, with a third place, reaches the 20th final place and third female place!
Nicolò Chemasi ends at 66th place!
The words of the two coaches Ylena Carcasole and Nicole Galazzini are: “The Meeting is always amazing, also this year we managed to bring home two of the plates!”

On stage in the waters of Torbole the beautiful regatta of the Techno293 Interzonale of the North with very strong wind!
Accompanied by the coaches Giorgia Brizio and Federico Benamati the athletes of the FVM team get excellent placements in all categories in the race!
Alex Roncagalli and Tommaso Loncrini race for the first time in category EXPERIENCE and CH3!
Luca Pacchiotti first among the CH4, Giordano Rigotti, Malik Gueye, David Marchei fourth, fifth and sixth! Alex Roncagalli first and Arianna Devoti second among the Experiences!
Tommaso Loncrini first among the CH3!
Michele Marchei first in the PLUS and U17-U15 rankings!
Edoardo Guarnati first of the U15 and Elia Rossi second!
Igor Bresaola second U17! Nicol Calovi first female U15 followed by Nicole e Prandini and Maddalena Lombardi!
Lorenzo Maroadi first U13, Luca Treccani seventh! Victory Brighenti first female U13!