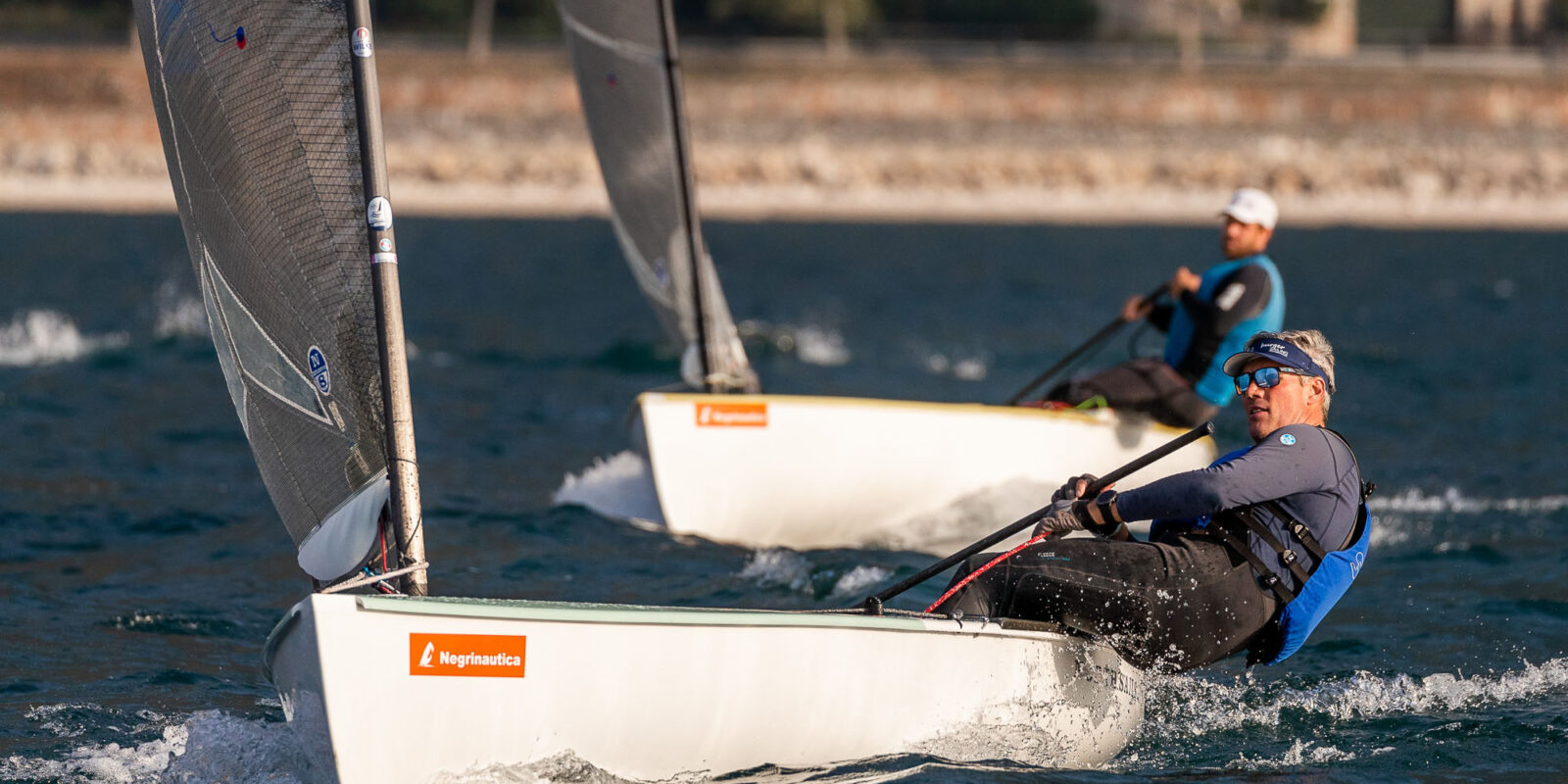 After the World Championship in mid-May, 70 Finn athletes return to Fraglia Vela Malcesine for the International Finn Cup – Menoni Trophy from 7 to 9 October 2022.

The regatta starts with a slight delay on the program waiting for the Ora wind, which then allowed the holding of two good races. The Austrian Florian Raudaschl immediately conquers the first position with a first and a second place. The Ukrainian Taras Havrysh and the Italian Roberto Strappati, also in the Master category, are respectively in second and third position.
Two races with light Ora also on the second day, sun and warm temperature. The raise to the top of the ranking begins for the Swiss Christoph Burger, with Alessandro Marega taking the provisional leadership of the day. In second place always Taras Havrysh from Ukraine.

For the third day of Finn Cup, The start is in the morning with a very stable Peler and constant 16 knots. Two more tests added to the program.
Christoph Burger (Thunersee Yacht Club) concludes his comeback, with two excellent placings, thus winning the International Finn Cup Trophy, overcoming the Australian Anthony Nossiter and Alessandro Marega, winner of the Menoni Trophy. Arkadii Kistanov wins two races on the last day.

The Friulian born in 1992, Alessandro Marega (Società Vela Oscar Cosulich), as the first Italian in the standings, is the new winner of the Trophy dedicated to Andrea Menoni, now in its nineteenth edition. With the participation of the son Nicola, racing in 12th place, and the nephew Pietro.