In UNDER 15 division and CH4 division Coppa Presidente 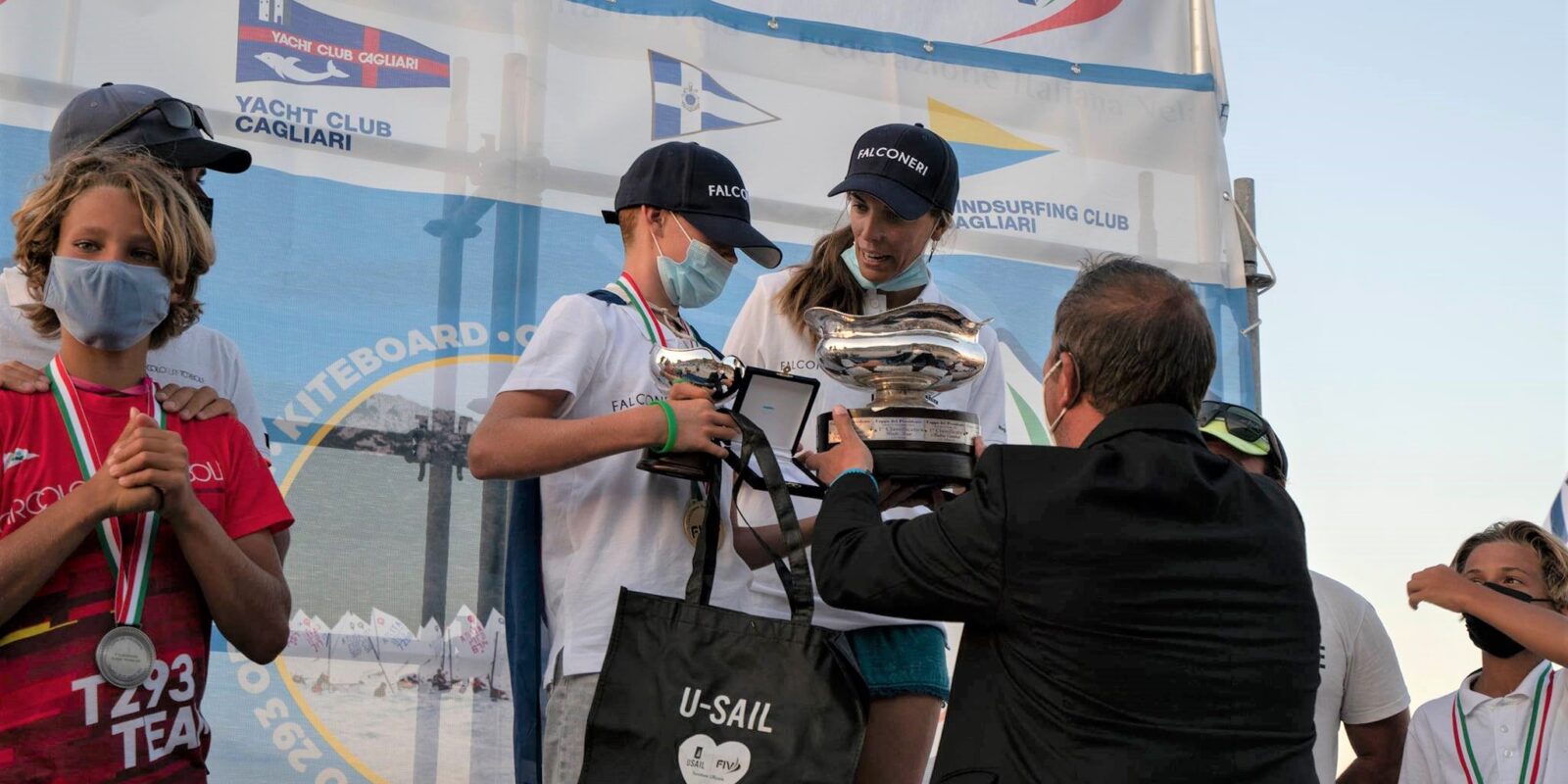 In the marvellous Race area of the Poetto Gulf in Cagliari from 29th to 31st August 2021 the Italian Youth Championships of the 36th Coppa Primavela, 19th Coppa del Presidente and 17th Coppa Cadetti took place.

After last year victory in Coppa Primavela, Luca Pacchiotti brings home the Coppa Presidente Techno 293 CH4 division (y.o.b. 2010).
The athlete trained by Giorgia Brizio wins among other 40 entries and reachs the victory with 15 points ahead of the second place.

Giordano Rigotti gets a good 5th place in the same division, Malik Gueye ends at 20th place and Davide Marchei at 25th place.

10 races concluded with wind up to 9/10 knots for all the fleets!

The Optimist team, accompanied by coach Nicole Galazzini, is composed of Pietro Gainelli and Nicolò Chemasi.
9 races concluded for the Coppa Presidente in which Pietro reach the la 16th position instead in Coppa Primavela Nicolò reach the 33rd position!

Just immediately after Coppa Primavela, on the same Race area, the Youth Individual classes Italian Championships have been organized.
From 2nd to 5th September, there been some conditions very different from those expected.

Sea with a very formed wave and wind of lower intensity than expected with remarkable wind jumps accompanied the almost 600 sailors in classes Laser, Optimist and Techno293.

The FVM Coaches Nicole, Giorgia and Valerio to guide the important and challenging away regatta.

The U17 athletes sail in 9 races; Caterina Montini ends in 18th position and Igor Bresaola at 28th.

Michele Marchei in Plus fleet after 9 races ends 11th!

With 11 races, the Optimist in the Final Gold are Mattia Benamati who reaches 36th place and Sofia Bommartini who wins the 48th place.
8 races instead for the Silver fleet with Cecilia De Noe in 18th and Bianca Marchesini in 47th.