Teams > Peroni, Benamati and Bommartini win in transfers to Liguria 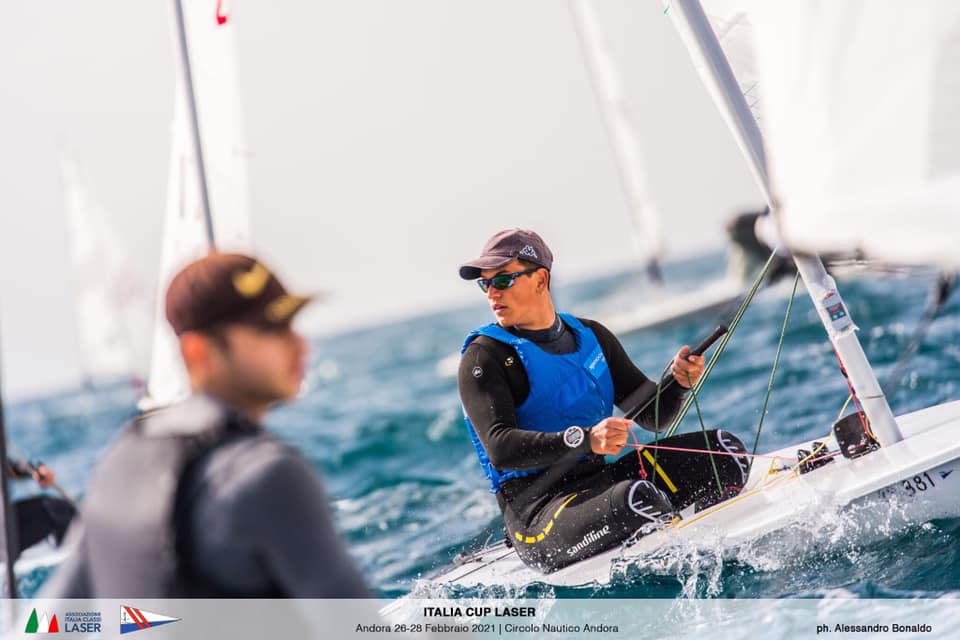 Two transfers for the agonistic teams of the Fraglia Vela Malcesine in the last weekend of February.
Lasers with coach Valerio Brighenti left on Thursday for Andora (Savona) where the Italian Cup stage was scheduled at the Circolo Nautico Andora. Three days of regatta with wind growing from 8-9 knots on the second day until the strong Tramontana on Sunday with gusts up to 30 knots that allowed to race only the Standard lasers.

The FVM team participates with 12 athletes, among whom stands out the excellent performance of Dimitri Peroni, who takes 3rd place behind Giovanni Coccoluto (Sez Vela Guardia di Finanza) and Nicolò Villa (Circolo Velico Tivano)!
In 4.7 ranking, on the second laser race ever, Mia Benamati reaches the 3rd female position among UNDER 16s.

The Optimist team sees the return of our coach Ylena Carcasole; to the Circolo Nautico “Al Mare” in Alassio (Savona) for the 51st edition of the INTERNATIONAL YOUTH MEETING”.
After the first day with zero races gained, the strong wind played a leading role with the cadets forced to the ashore and some difficulties even for the junior sailors with less experience.

Great satisfaction for the 1st female place and 15th overall for Sofia Bommartini!
Three races concluded, the team was positioned as follows:

A great start for the agonistic teams looking to the upcoming season and transfer in March:
Optimist in Gravedona for the Interzonale Regatta;
Laser to Torbole for the second Zonale on March 14th.