News > The Finn Gold Cup goes to the Dutch Postma 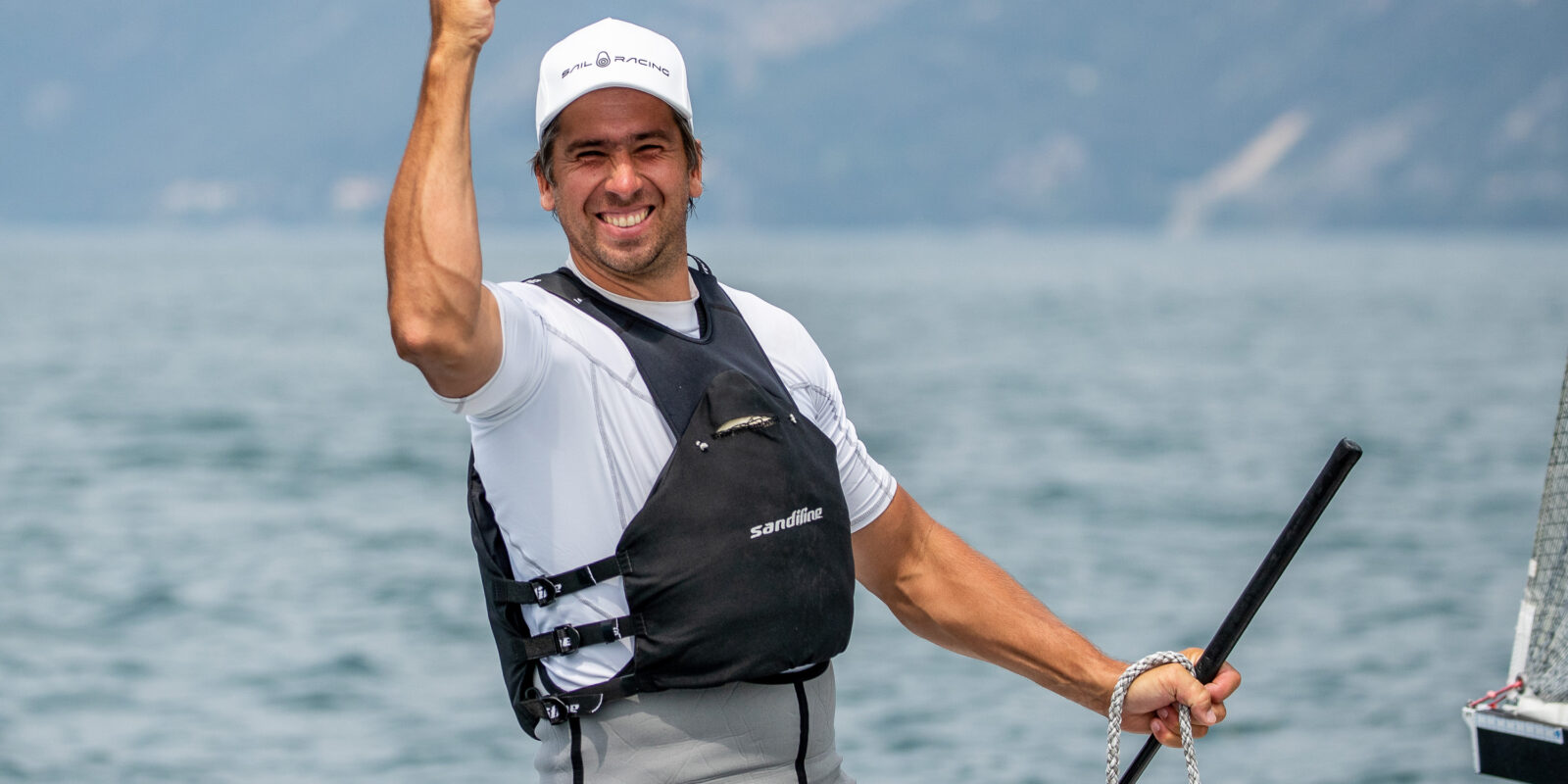 As in the best of the predictions, after 5 days of world competition and 8 fought tests, the absolute champion of the Finn class of the year 2022 is confirmed the Dutch Pieter-Jan Postma.
In second position Oskari Muhonen from Finland, in third position the Hungarian Domonkos Németh winner of the Silver Cup as best U23. First Italian is Marko Kolic (Fraglia Vela Peschiera), president of the Italian Finn class.

The first day of the Finn Gold Cup, the World Championship of the Finn class ended with zero races. Yesterday’s thunderstorms did not allow the Ora wind to enter as expected and so the athletes found themselves waiting for a breeze that unfortunately never arrived.
The Committee has repeatedly tried to start the 110 sailors from 19 Countries but, without being supported by the wind at 5 pm it had to surrender.

After the false departure of the first day, Garda’s Ora comes to inaugurate this Finn Gold Cup!
Three beautiful races with growing wind, up to 14 knots for the last race, bring the Dutch Pieter-Jan Postma to the head of the provisional ranking with the partial 2-2-6. The victories of the day instead go to the Australian Rob McMillan, to Oskari Muhonen from Finland and the Italian Marko Kolic.
Marko Kolic comments as follows: “Difficult and not obvious regattas, characterized by a very fought start with the over 110 boats taken”.
Excellent conclusion of the day, with the aperitif offered by the Tinazzi winery, of Lazise with a selection of its best wines.

The third day of Gold Cup is characterized by sunny and constant weather.
3 other beautiful races added to the Finn World Championship. With 2 Bullets the Finnish Oskari Muhonen takes the provisional leadership.
The first Italian of the ranking is Marko Kolic (Fraglia Vela Peschiera), fifth in the overall, followed by Matteo Iovenitti (Circolo Canottieri Aniene) and Roberto Strappati (Lni Ancona).
Tonight the Finn sailors recover the energy spent on this intense day of regattas with the fabulous Grill Party organized by Speckstube.
Tomorrow with the fourth day the competition enters into the highlight, with the most fierce finnists determined not to give up even a position.

Another hot and very sunny day for the 110 Finn sailors; constant wind growing from the south between 8 and 12 knots. The struggle for the first place between Oskari Muhonen and Pieter-Jan Postma continues.
The Dutchman resumes by right the head of the Classification with two first places of the day. Excellent performance also for Domonkos Nemeth from Hungary, which climbs in third absolute position and first in the U23 ranking.
First Italian is Marko Kolic (Fraglia Vela Peschiera), president of the Italian Finn class.

Despite the exit in water regular and the attempt of the Regatta Committee to start the fleet for the last two scheduled races, due to the too weak Ora, it decides to cancel.
The championship ends with the unchanged ranking of the previous day by delivering the Finn Gold Cup in the hands of Pieter-Jan Postma.